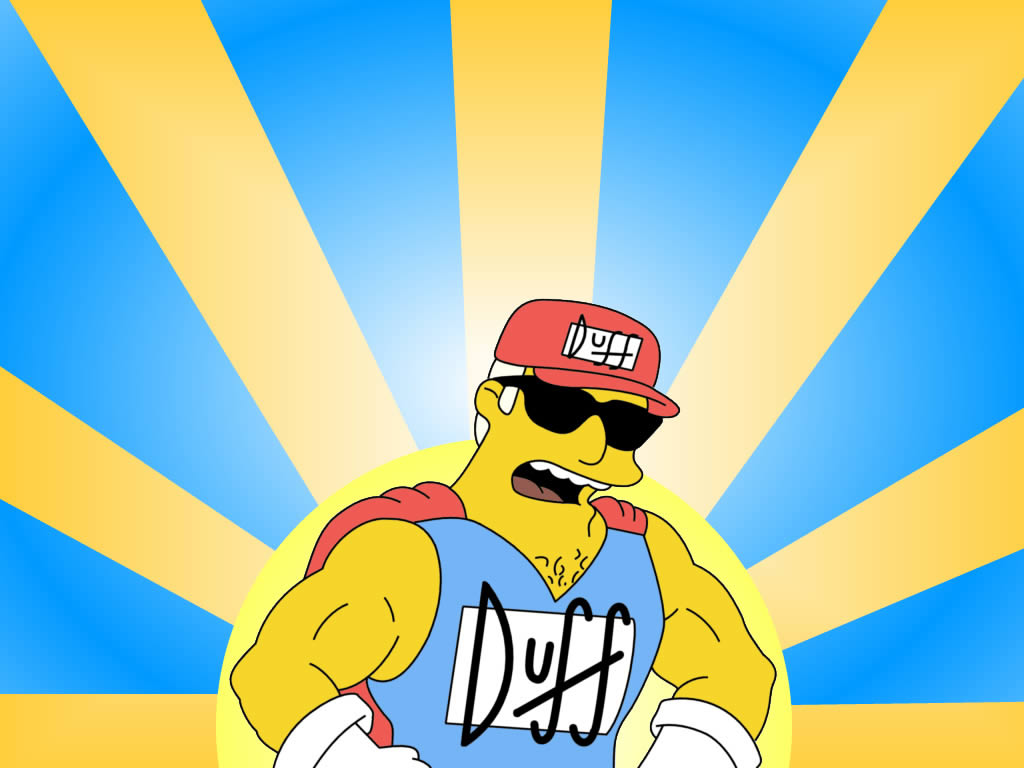 Duffman Simpsons: Duff Man is the mascot and spokesman for the Duff Beer company. He is an athletic and smooth-talking corporate personality who wears blue and red tights, a red cape, white gloves, and the name "Duff" emblazoned across his chest. The ensemble features a red hat, dark sunglasses, and a belt of beer cans around his waist. Though he is the corporate tool of Duff Beer, in one episode he was torn between the company he loved and the truth of the local team, the Isotopes, about how they were going to be moved to Albuquerque. Free Duffman Simpsons desktop wallpaper download 1024 x 768. Right click on image and select: "Set as background". If you prefer to save the image in your pc select "Save image as" instead. It works for other resolutions like 800 x 600 or 1152 x 864, just right click on your desktop and pick "Properties" to open your desktop properties, desktop, then change to centered or expanded to have the Duff Man in your desktop.

Legal notice and disclaimer: "The Simpsons" TM and © FOX and it’s related companies. All rights reserved. This website, it’s operators, and any content contained on this site relating to The Simpsons are not authorized by FOX and do not agree or support any ideas or sentences expressed by The Simpsons’ scriptwriters. Simpsons Trivia doesn’t take responsibility for the actions, comments or reviews made by members or sites featured The Simpsons Trivia Sitemap